REM and Non-REM Sleep Work Together to Support Learning

Although scientists have largely cracked the code on the importance of sleep, how the various stages of sleep work together to deliver complementary cognitive benefits is not as well-understood. Recently, a new study has shed more light on how both REM and non-REM sleep and learning are all closely intertwined. 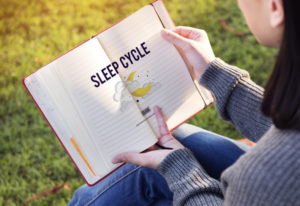 As you sleep, the brain moves through five distinct phases of sleep. Rapid Eye Movement (REM) sleep is one of these stages. This stage is characterized by the quick movement of the eyes in all directions. Scientists believe that the majority of dreams also happen during this stage.

Most individuals begin the REM stage of sleep approximately 90 minutes after falling asleep. Because the body cycles in and out of the various stages, REM sleep occurs several times nightly. Babies spend the most time in REM sleep — up to 50 percent of their sleep is comprised of REM sleep, compared to just 20 – 25 percent for adults.

The body goes through a variety of changes when in deep REM sleep. In addition to the distinct rapid eye movement, there is also an increased heart rate, faster breathing, spontaneous limb movement, sexual arousal and a boost in blood pressure. In fact, the activity in the brain during REM sleep is similar to that which occurs during waking hours. This is paired with a rise in the use of oxygen in the brain to support all of these changes.

The other four stages of sleep are all classified as non-REM sleep. These are the stages that lead up to REM sleep. During this time, the body prepares for deep rest by slowing the heart rate and lowering body temperature. Just prior to REM sleep, the body experiences its deepest sleep. During this time, you may be more difficult to wake up. This stage is known for its restorative nature because this is when the body repairs damaged tissues, boosts immune system function and builds new bone and muscle.

Understanding the Connection Between Sleep and Learning

Until recently, scientists did not have a clear understanding of the connection between restorative rest and learning. Now, recent research has provided data on how the two primary types of sleep each play a pivotal role in learning and other types of cognitive function.

A new study out of the Department of Cognitive, Linguistic and Psychological Sciences at Brown University has helped researchers to understand how sleep contributes to the learning process. This study concluded that both REM and non-REM sleep play a vital role when it comes to a variety of brain and learning functions.

In the study, the researchers gave the study participants a visual learning task to test and then used an MRI scanner to test brain activity while sleeping. The results concluded that the role of non-REM sleep is to support skills that were recently acquired, while REM sleep stabilizes performance and mitigates the chances that the new skills are overwritten by further learning. In short, both types of sleep play a critical and complementary role in affirming learning while sleeping.

The Role of Sleep for a Healthy and Productive Life

While the new study on sleep and learning begins to give us a glimpse of the importance of the different stages of sleep in learning, there is already a host of research that fully explains the importance of sleep for a healthy and productive life in general.

The well-regarded synaptic homeostasis hypothesis (SHY) demonstrates that sleep is necessary for functions related to plasticity. Here are just a few other roles that sleep plays in relation to overall well-being, serving as evidence that the ability of the body to go offline each day serves a vital function for physical and mental restoration.

Research has clearly demonstrated that the brain is able to retain information and perform better on various memory tasks when you get adequate sleep.

While the body is in a deep state of rest, it is able to repair damaged tissue and support the growth of new tissue. 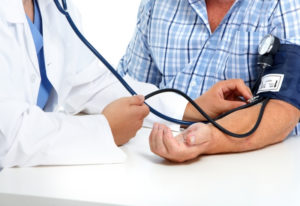 As you sleep, your body enters a state of relaxation. This will help to reduce blood pressure, subsequently lowering the risk of heart attack and stroke.

It does not take a trained scientist to know that the proper amount of sleep each night will deliver a myriad of mental health benefits. In addition to boosting your mood because you are less likely to be irritable, you will also experience less anxiety and depression if you are able to get enough sleep each night.

A run-down body will naturally lead to a run-down immune system. Getting enough sleep at night is imperative for a healthy immune system, helping the body to fight off illness and disease.

The research is clear. Sleep is a complex physiological state that is imperative for overall health and well-being. Being intentional about getting enough sleep at night so the body goes through all of the proper stages will ensure that your body and mind function at optimal levels.

What Happens When You Don't Sleep?

Getting seven to eight hours of quality sleep every night is essential to physical, cognit... [Read More][weiterlesen]

Most people are already aware of the numerous benefits of exercise. Instilling a regular w... [Read More][weiterlesen]

Obstructive sleep apnea is one of the most dangerous sleeping disorders because it involve... [Read More][weiterlesen]