Although it is relatively rare, schizophrenia is one of the most feared mental illnesses. People suffering from this disorder gradually lose touch with reality, living instead in a world of delusions. According to new studies, people with schizophrenia may also suffer from disruptions to their internal clocks that worsen the symptoms of their disease. In short, schizophrenia disrupts circadian rhythm genes, leaving the body with a sleep-cycle that is constantly awry. 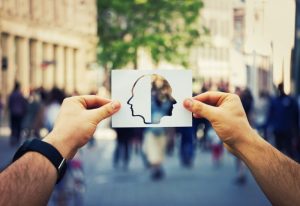 Schizophrenia is one of the most common mental illnesses, affecting around one percent of the population. This disorder tends to appear in early adulthood, then to worsen throughout a person’s lifespan. People who have this disease suffer from delusions, hallucinations, disorganized thoughts and a gradual loss of their personality traits. In addition many people with this disorder suffer from physical symptoms.

The loss of normal sleep-wake cycles and other normal daily patterns is common in schizophrenia. People with this disease often gradually begin staying up at night and sleeping in random short spurts throughout a 24-hour day. This can worsen symptoms, as the circadian rhythm is crucial in mental health and cognitive function.

Although there are many treatments that can lessen the severity of symptoms and slow the gradual progression of schizophrenia, there is no cure. Understanding more about this and other mental illnesses is an important step in developing new and more effective treatments.

Disorders of the circadian rhythm are more common in mental illness than many people realize. Four out of five people with schizophrenia, for example, suffer from a sleep disorder of some kind. Even milder illnesses such as depression and anxiety have been tied to problems with sleep and inner clocks.

People with schizophrenia suffer from particularly complex sleep disorders. Many of the genes that regulate our circadian rhythm cease to be expressed rhythmically, leaving people to sleep in spurts randomly throughout the day. At the same time, some genes that are meant to be expressed constantly are only activated at certain times of the day. The result is chaos for one’s internal clocks.

This loss of circadian rhythm has been tied to worsening of the illness. Researchers found that people with this disease who experienced increased trouble sleeping were more likely to suffer psychotic episodes. This is not surprising as we already know that people who do not have mental illnesses are more likely to have episodes of psychosis when sleep-deprived.

Mental illnesses can disturb sleep, which in turn disturbs mental health. The decline in mental health then places the person at higher risk of developing a sleep disorder. This can set up a vicious cycle in which people see both their mental health and their energy levels decline in a self-perpetuating downward spiral. However, acknowledging this common problem is the first step to finding effective treatment for it.

Exactly how does schizophrenia affect the circadian rhythm? Researchers looked at the brains of 150 people who had died under the age of 65. One-third of these people suffered from schizophrenia. They particularly looked at the prefrontal cortex, which controls memory, cognition and other functions that are gradually lost in schizophrenic patients.

People who did not have schizophrenia had circadian proteins in their brain tissues that reflected the time of day at which they had died. This indicated that the right genes were being activated for their time of day. In the brains of schizophrenics, on the other hand, the genes seemed almost randomly expressed. 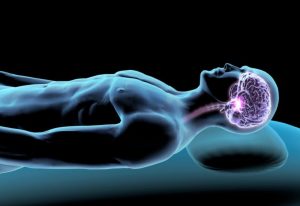 How does this affect one’s brain and one’s mental function? Researchers point out that our bodies work much like a house. We need to have the refrigerator running 24 hours a day and yet the lights on only during the day. In the brains of schizophrenics, just the opposite is true. The refrigerator is turning off at night while the lights are on 24/7.

This study offers hope for future treatments for schizophrenia, particularly for treating the circadian rhythm disorders associated with this illness. Helping people with mental illness to get more sleep may lead to better cognition, fewer psychotic episodes and a general improvement in symptoms.

Sleep is one of the most important factors in how we feel throughout the day, both physically and mentally. Treating the sleep disorders associated with mental illness may help people who are suffering from these illnesses to get the rest and healing that they need.