Scientific Views on the Origin of Sleep

It is a classic “chicken-or-egg” argument: What came first in the evolutionary development of all species of animals — sleep or the brain? When looking at the origin of sleep, the question often leads to speculation about the evolution of this imperative biological act. New research continues to shed light on this fascinating debate.

One thing that is clearly understood is that sleep is universal in the animal kingdom. Scientists have had a challenging time finding animals that do not need sleep. While some species spend nearly the entirety of their lives in slumber, other animals can get by with just an hour of sleep per 24-hour cycle. However, the universal truth is that sleep and the need to rest comes in one way or another.

Role of Sleep in Evolution 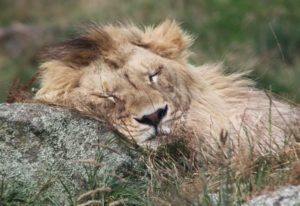 Research has demonstrated that sleep may have evolved as a means for animals to conserve and restore energy stores. Even simple invertebrates exhibit the need to rest similar to the sleep patterns of the most complex organisms.

For example, fruit flies show well-defined circadian rhythms that mimic the rest patterns of humans. These simple flies rest for approximately 10 hours per day. If they are not able to get that length of rest, they will make it up at a later time, pointing to the fact that the rest is an essential biological function.

The need for fruit flies to make up the sleep is similar to the human need to catch up on those zzz’s after a restless night. Scientists have also discovered that like more complex vertebrates, invertebrates also exhibit neural activity that is similar to what happens in the brains of vertebrates when they are sleeping.

In light of these similarities, scientists have been able to deduce that sleep is an evolutionary process that emerged over half a billion years ago. Because animals have evolved over the centuries, it appears as if these forms of sleep have also evolved along with the natural evolution of species.

While scientists have hypothesized for years that the need to sleep is universal throughout all types of animals, there is now evidence that points to the idea that animals acquired the need to sleep before even acquiring a brain.

In a recent study published last fall in the journal Science Advances, a team of researchers detailed how they were able to better understand the origin of the need for sleep in animals by looking at tiny hydras. This minuscule water-dwelling species of animal is so simple that it does not even have a brain. However, the researchers were able to prove that this animal still shows signs of going in and out of a sleep-like state despite the fact that it does not have a central nervous system.

Hydras measure just a few centimeters long. While their bodies are home to a network of nerves, they do not have the central nervous system associated with a brain. Sleep in most other types of animals is usually measured in brain waves. However, this is not possible when looking at small and brainless creatures such as hydras. Because of this limitation, the scientists leaned on a video system to track the movements of the hydras. This helped them to determine if the animal was in a sleep-like or waking state.

While most animals exhibit a 24-hour circadian rhythm, the scientists were able to discern that the hydras had a four-hour cycle that moved in and out of active and sleep-like states. Additionally, the researchers learned that there were similar patterns of sleep regulation on both the molecular and genetic levels, despite the fact that hydras have no brain.

For example, when exposed to melatonin and the inhibitory neurotransmitter GABA, the hydras experienced a moderate increase in sleep frequency and duration of restfulness. Conversely, exposing the hydras to the arousing stimulant dopamine worked to promote more sleep cycles in the hydras. 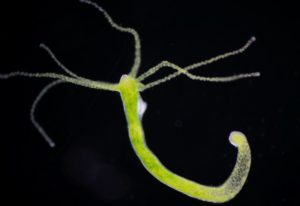 Lastly, scientists were able to successfully disrupt the sleep cycles of the hydras using vibrations or by changing the temperature of the water. When the cycles were thrown into disarray, the hydras slept longer afterward to catch up on the rest that they missed because of the disruption.

Why This Knowledge is Important

With the prevalence of sleep disorders throughout the population, the more that it is understood about this vital body function, the better that scientists will be able to provide treatments for those in need.