Why Do We Sleep? An Age-Old Question Revisited

The average human being spends roughly one-third of their lives sleeping. Yet we do not yet fully understand the function and importance of sleep. While researchers have long been aware of the restorative processes that the body undergoes during deep sleep, what is still not clear is — why do we sleep? One thing that is clear is that sleep is essential to all species of animals in some form, offering proof that it is a crucial living function that should not be neglected.

The Evolution of Sleep 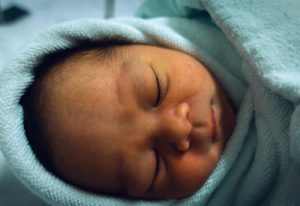 Since the beginning of time, humans and their animal counterparts have relied on sleep in order to function properly. Sleep plays an important role in the evolutionary development of a species. For example, babies need an abundance of sleep in order to grow and thrive.

While scientists have always known that sleep is crucial for the development of a species, what is still unknown is whether the function of sleep has changed over the centuries along with evolution. As humans have developed as a species, it is widely believed that sleep evolved as a way to conserve energy and prepare the body for the next day. Based on detailed research, we know that sleep evolved early in the development of the animal kingdom and has been preserved over time.

Before we can fully understand why do we sleep, you need to learn more about the different stages of sleep. Not all sleep is equal: Although you are unaware as it happens, the body cycles through various sleep stages as you slumber. Each cycle of sleep plays a distinct role in ensuring that you wake up feeling refreshed and rested.

The most restorative stage is the deep-sleep time, as it gives the body the chance to promote muscle growth and repair. REM sleep is when individuals experience dreaming, memory consolidation and other crucial brain activity and repair.

Sleep varies widely across groups of species. While a brown bat sleeps approximately 20 hours in a 24-hour period, other types of animals may only need two or three hours of sleep to function.

How sleep patterns function also varies widely. For example, scientists know that half of a dolphin’s brain stays awake and alert while the other half slumbers. This function is needed so that the dolphin can remain aware of potential danger. Conversely, jellyfish do not need the brain to sleep at all. Mammals, birds, and reptiles all experience both REM and non-REM sleep cycles. However, animal researchers believe that insects and fish do not need REM sleep.

Interestingly enough, even with all of the variations in sleep behavior across species, some of the basic functions of sleep appear to be the same: to encourage metabolism and development and to maintain brain health. These commonalities hint that sleep developed to serve an important universal role early in the evolutionary process.

Research Seeks to Determine Why Do We Sleep?

In the past decades, science has revealed much about why we sleep; however, new discoveries continue to be made. Recently, research in the field of chronobiology has found that meal timing is intrinsically linked to the body’s natural circadian rhythm and sleep-wake cycle. Not only does keeping an irregular meal schedule disrupt the body’s circadian rhythm, but it can also affect weight and metabolic health. Future research is in the works to delve more deeply into this link, possibly shedding new light on why we sleep.

Other recent research discovered the gene nemuri in fruit flies, which seems to influence both immune system response as well as sleep. This gene was found to boost the need for sleep, while also destroying harmful microbes, helping the body to fight infection. This suggests a link between sleep and immune system health that scientists are excited to examine further.

Additional studies have revealed that certain toxins in the brain associated with Alzheimer’s disease, known as beta-amyloid toxins, are cleared from the brain during sleep. Furthermore, other research has found that normal sleep seems to regulate levels of tau, a protein linked to Alzheimer’s disease, while levels were shown to fluctuate more widely among individuals who are sleep deprived. These findings further support the idea that sleep is necessary for brain health and detoxification.

All of these new discoveries help us to gain a clearer picture of the role sleep has played through the millennia.

The average person needs at least eight hours of sleep each night to function at optimal levels. While some people can function on less for short periods of time, the compounding effects of sleep deprivation can really add up over time. 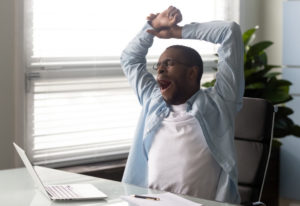 Signs that you may not be getting enough sleep include excessive yawning, irritability, sleepiness and extreme fatigue during the middle of the day. On a physical level, chronic sleep deprivation can lead to an increased risk of obesity, high blood pressure, hormone production imbalances and more. Not getting adequate sleep can even affect the appearance of your skin.

The effects of sleep deprivation can be even more serious for your mental and emotional well-being. Individuals who do not get enough sleep may experience severe mood swings, an increased incidence of depression, anxiety, paranoia and impulsive behaviors.

Science has clearly demonstrated the importance of sleep through the fact that it is a commonality that every species in the animal kingdom shares. As researchers learn more about the function of sleep and how it has evolved with species over time, more questions are also unearthed. Understanding why you need sleep and taking the steps to ensure that you get adequate amounts will lead to a healthier and more productive life.