Scientific studies examining the circadian rhythm and decision making have demonstrated that there may be an ideal time of the day to make decisions. This time is largely dependent on an individual’s personal chronotype and their natural body clock. In addition to your specific chronotype having an effect on decision-making, other studies have shown that a disruption in the body’s natural circadian rhythms may also negatively affect your ability to make sound decisions.

Here is what you need to know about the role of chronotypes in decision making and how you can time important decisions to best align with the peak of your circadian rhythm. 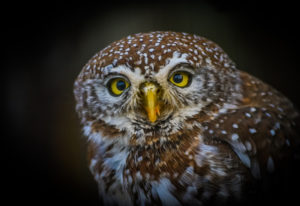 Before you can understand how your circadian rhythm and decision making skills are intertwined, you need to learn about the concept of a chronotype. Your individual chronotype indicates when your body is naturally programmed to sleep. A range of chronotypes is necessary for the survival of our species.

This genetic propensity for a preferred sleep schedule is led by the PER3 gene. Those with a long PER3 gene (“morning larks”) are more likely to go to bed early and wake earlier in the morning, typically needing a minimum of seven hours of sleep per night to function at optimal levels. Those with a shorter PER3 gene (“night owls”) are more likely to go to bed later and sleep later into the morning but have the benefit of being able to function on less sleep. If your lifestyle conflicts with your chronotype, you will have a more challenging time being productive and feeling good. For example, those with a shorter PER3 gene are less likely to be successful with a job that requires them to get up early in the morning.

Clinical studies have demonstrated that individuals with a long PER3 gene show earlier cycles of circadian rhythms, as demonstrated by their ability to wake up early and get the day going. These chronotypes report better sleep quality than their short PER3 gene counterparts.

If you align your sleep schedule to your chronotype, you will likely fall asleep faster, wake up fewer times throughout the night and report feeling more rested during the day. Conversely, trying to sleep on a schedule that works against your natural chronotype may result in poorer sleep quality and feelings of sluggishness throughout the day.

Your Circadian Rhythm and Decision Making

It is no surprise that sleep deprivation will negatively affect your ability to make sound decisions. What many individuals do not realize is that your individual chronotype can also be used to learn how — and when — to make the best decisions. A study that examined around 1oo chess players as they made game strategy decisions throughout the day and during different cycles of their circadian rhythms demonstrated how these rhythms affect the decision-making process.

In the study, researchers first divided the players into three chronotypes, based on their Morningness-Eveningness Questionnaire (MEQ) results. “Larks” exhibited early-to-bed, early-to-rise tendencies, “Owls” were more likely to go to bed later and sleep later and “Intermediates” fell somewhere in between.

The study also revealed that Larks tended to participate in more morning games, while Owls played more at night. This important finding suggests that for the Larks, playing in alignment with their natural cycles gave them a better chance of making accurate decisions as they played. Conversely, Owls’ tendency to play later in the day and into the evening increased the probability that they would make less accurate decisions. 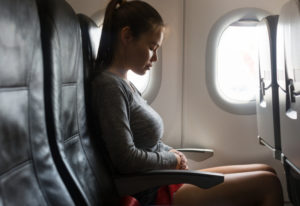 There are many factors that can send your circadian rhythm into chaos, affecting your ability to make good decisions as a result. Circadian rhythm disruption can occur from either an internal malfunction in your body clock or a mismatch between your natural clock and the external environment, such as travel, work commitments and social requirements.

Shift workers are particularly susceptible to circadian rhythm disruptions, especially if they work shifts that are not consistent. Jet lag also leads to massive shifts in circadian rhythms, however, this disruption is generally temporary. Other factors that may influence your circadian rhythms include lack of sunlight, temperature, poor personal self-care and hygiene habits, drug use and old age.

Other Consequences of Sleep Deprivation

In addition to a decreased effectiveness in decision-making, sleep deprivation can lead to a host of ill effects. According to data from the Department of Transportation (DOT), up to 4 percent of all highway crashes can be attributed to sleepiness. This is particularly dangerous for young drivers, who are not as experienced behind the wheel. More than half of the crashes attributed to drowsiness are at the hands of drivers in their teens and their twenties.

Chronic sleep deprivation also interferes with the ability to learn and retain information in school. Not getting adequate rest may also increase the susceptibility of clinical depression.

Understanding your chronotype and how your particular circadian rhythm affects your ability to make the best decisions will help you to make these judgments at the best possible time of day. Additionally, understanding the full effects of sleep deprivation and how it disrupts your circadian rhythm provides many people with the incentive to be intentional about getting enough rest to live a productive life.