Sleep Deprivation and Depression: Could Losing Sleep Improve Your Mood?

Most people assume that sleep is good for one’s mood. Most of us become more emotionally labile and are generally in a bad mood when we didn’t get the proper amount of sleep. This holds true for many people, but new research suggests a powerful and common exception. Sleep deprivation may actually become a future treatment for those suffering from depression.

Links Between Sleep Deprivation and Mood

Depression is a worldwide pandemic, affecting more than 30 percent of people in many nations. More than sadness or a simple bad mood, depression can cause a variety of effects including cognitive impairment, chronic pain, fatigue and appetite loss. Many cases of depression can be effectively treated with medications, psychotherapy or a combination of these. However, millions of people still suffer from this disease.

Scientists have explored different lifestyle changes that can affect depression, including the link between sleep and mood, in an attempt to find more effective prevention and treatment. Surprisingly, there appears to be an inverse link between sleep deprivation and depression. Several studies have noted that depression is temporarily alleviated when people who suffer from it go without sleep, particularly REM sleep. Adenosine, a biochemical that builds up in cells when we are sleep deprived, appears to be the cause of this connection. Adenosine also has antidepressant effects; when mice were injected with this nucleotide, their moods actually improved. Being deprived of REM sleep similarly appears to reduce suicidal thoughts and one’s risk of attempting suicide.

While several studies have come to the same surprising conclusion, these studies have been small and thus have not had an impact on current depression treatments. However, a new meta-analysis has compiled the data from several studies and come to the conclusion that sleep deprivation may be a future treatment for depression and other mood disorders. 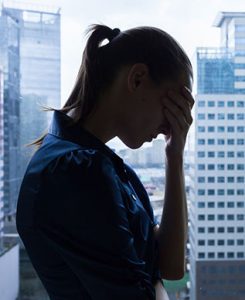 This meta-analysis, published in the Journal of Clinical Psychology, compiled the data from more than 200 studies on the relationship between sleep and depression. Partial sleep deprivation appears to be as effective as medication for many people suffering from depression. This trend was true for a variety of different subtypes; 50 percent of people with unipolar depression saw an improvement of symptoms as well as 38 percent of people with bipolar depression.

Could Sleep Deprivation Someday Be Prescribed for Depression?

While there are many treatments available for depression, most are highly imperfect. Psychotherapy is effective but time-intensive and expensive. Antidepressants similarly help many people, although they can have very serious side effects. Many people struggling with depression must try several different therapies and even combinations of therapies before they find one that treats their symptoms effectively.

Sleep deprivation may someday be a treatment for the most stubborn cases of depression, but it is not a solution that’s currently supported by most modern doctors and scientists. People who go without sleep suffer from cognitive changes, metabolic changes and even a higher risk of cancer. The World Health Organization has even called shift work a carcinogen due to the link between sleep loss and cancer.

Although people with depression should not attempt to deprive themselves of sleep as self-treatment, this new meta-analysis does offer hope for future treatment. Once the mechanism behind this link has been established, new medications and treatments may be developed that reap the rewards of sleep deprivation without subjecting patients to the health risks. 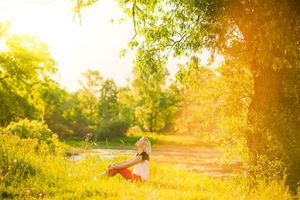 There are several natural ways that people can augment depression treatment or simply improve their mood. As with all natural remedies, it is important to talk to your healthcare provider first. These include:

Although these natural measures are often not enough to treat clinical depression, they can improve response to other treatments. In addition, these are good guidelines for living a balanced and healthy life.

Sleep deprivation will not likely be used as a treatment for depression in the near future. However, this meta-analysis raises new questions about the relationship between sleep and mood. Although most people believe that more sleep is always better, this may not be true. Because of this and other new research, we may soon be able to more effectively help people suffering from mood disorders.