Slow-Wave Sleep May Not Always Feel Like Deep Sleep

The traditional medical point of view regarding the depth of sleep is that it can be reliably measured via an electroencephalogram (EEG). The EEG measures brain waves and, according to standard medical thought, slow brain waves are an indicator of deep sleep. It is commonly believed that slow-wave sleep, meaning the period of sleep marked by slow brain waves, is also associated with feeling as though one has slept deeply.

However, the results of a new study, published in Current Biology, reveal that it may be time reevaluate that standard “slow-wave equals deep sleep” position because not everyone who experiences slow-wave sleep feels as though they’ve slept deeply. 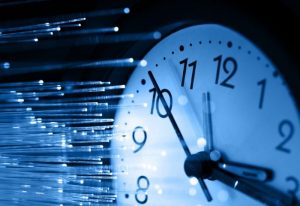 A person that gets enough sleep and experiences a good quality of sleep typically cycles through five stages of sleep throughout the night. These include four stages of non-rapid eye movement sleep and a rapid eye movement state (REM). People that sleep well typically move through those five stages four or five times per night. The amount of REM sleep a person experiences during each cycle of the five stages gradually shifts throughout the night, with a higher concentration of REM sleep and a decrease in non-REM sleep taking place within the cycles as the night goes on.

Stage one of the non-REM sleep phases is typically the lightest sleep stage, with brain waves that are just slightly slower than brain waves are when awake. This is followed by stage two, also non-REM and a light sleep, though a bit deeper than stage one. The brain waves in this part of the cycle are marked by what is referred to as “saw tooth waves” and short spikes in brain activity called sleep spindles.

The third and fourth stages of non-REM sleep are typically where slow-wave deep sleep is seen via EEG. This is followed by the REM stage. During REM, brain waves take on more of an awake brain appearance, speeding up significantly from the slow waves of the prior two stages.

For Some, Slow-Wave Sleep May Not Feel Deep

Lausanne University Hospital researchers found something interesting when they studied a group of 30 people. Twenty of those people were classified as normal sleepers, meaning that they usually sleep fairly well without obvious or ongoing sleep problems. The other ten people struggled with insomnia. It was in this group of ten that the researchers discovered a disconnect in the typically held assertion that slow-wave sleep, as measured by an EEG, translates into the experience of deep sleep, meaning that one has felt as though they’ve slept deeply.

The study involved lab sleeping with EEG monitoring, where participants were awakened during the various points in the sleep cycle and asked about sleep quality. There were differences in how normal sleepers and those struggling with insomnia perceived their sleep quality as well as differences in EEG results for the two groups.

However, those with insomnia also said they felt as though they were sleeping more lightly during REM sleep. That phase of sleep, the REM stage, is typically a deep-sleep period, with people who sleep normally saying it is when they sleep the deepest. Researchers also noted that the people with insomnia quite often were sleeping when they thought they were awake.

The researchers may have uncovered a reason for that misperception. According to the data collected throughout the study, in those with insomnia, there was what the researchers referred to as an overlapping of slow-wave and fast-wave sleep.

As explained by the researchers, this overlapping points to those with insomnia being awake and asleep at the same time. So, while they may have had slow-wave sleep according to the EEG, with that overlapping of slow-wave and fast-wave sleep, they don’t feel as though they’ve had the restorative experience of deep sleep. For those with insomnia and other sleep orders, the appearance of slow brain waves doesn’t always indicate that trouble-free deep sleep is, in fact, taking place. 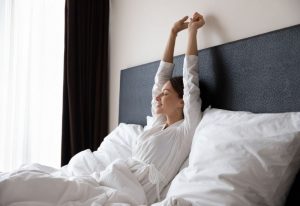 Deep sleep is a vital part of sleep. It is during this part of sleep that many restorative processes take place in both brain and body. Toxins are cleared away from the brain, tissue repair and growth happen, strengthening processes for the immune system occur, pointing to the importance of deep sleep to overall health and well-being. And, these are just a few of the restorative processes that take place during this critical sleep period.

Slow-Wave Sleep May Not Always Feel Like Deep Sleep

The traditional medical point of view regarding the depth of sleep is that it can be relia... [Read More][weiterlesen]

The connections between sleep quality and health -- both physical and mental -- are well e... [Read More][weiterlesen]

As more is understood about melatonin, its many benefits to overall health are becoming cl... [Read More][weiterlesen]