In the simplest sense, the term “chronotype” refers to the timing of a person’s natural sleep-wake cycle and activity level. However, answering the question, “what is my chronotype” can be a bit more complicated than that. That preferred timing is influenced by a number of factors, including genetics, age and gender. And factors that change, such as age, can lead to chronotype shifts.

Most people are familiar with the classic chronotype divide – early birds and night owls. Life can be tough for night owls forced into an early bird world. Ongoing research has offered a more nuanced understanding of chronotypes, something that can help you to leverage your natural rhythms for better sleep and increased productivity. 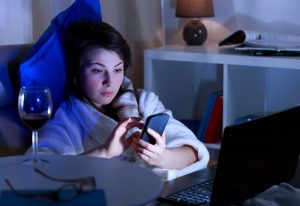 What is my chronotype? From the mid 1970s until fairly recently, that answer would fall into one of two categories: morningness or eveningness, colloquially referred to as early birds and night owls. Early birds tend to rise early, enjoy greater productivity during the earlier part of the day, experience a flagging of energy in the afternoon and are in bed early. Night owls do not tend to be morning people. It’s harder for them to wake up and get going. These slow starters feel better and are more productive later in the day, typically during the afternoon and evening. They prefer to stay up late.

However, in recent years, researchers have found that an expanded group of chronotype categories gives a more accurate understanding of individual chronotype. Clinical psychologies and sleep specialist Dr. Michael Breus points to four chronotype categories that he describes as bears, wolves, lions and dolphins, noting that each of these groups vary in sleep-wake cycle preferences and the timing of their peak productivity periods. According to Breus, people can get better sleep and increase their productivity by finding out their chronotype and, to the greatest degree possible, aligning their daily life to match their chronotype. In other words, living according to their own natural rhythm.

In Breus’ chronotype concept, about half of the population are bears, the most common chronotype. This group tends to be more solar oriented, rising with the sun. Bears are more productive before noon and often have a mid-afternoon slump, typically between 2:00 p.m. and 4:00 p.m. Lions are another morning-oriented chronotype, rising at or even before dawn, full of energy and ready to seize the day. According to Breus, about 15 to 20 percent of people fall into that category. Lions are most productive before noon and prefer to go to bed early.

Wolves are creatures of the night. People that fall into the wolf chronotype category, about 15 to 20 percent of the population, prefer to sleep late. Wolves are most productive from noon to 4:00 p.m. with an additional burst of energy that often carries them late into the night that starts around 6:00 p.m. The 10 percent of people who fall into the dolphin category tend to sleep lightly and often are not refreshed by their sleep. This group is more prone to such sleep disorders as insomnia than others. Dolphins tend to be most productive between 10:00 a.m. and 2:00 p.m.

What Is My Chronotype? How Can I find Out?

According to an article published in Monitor on Psychology, an American Psychological Association publication, most people almost instinctively know their chronotype, once they’re familiar with the specific chronotype characteristics. However, there are also easy-to-access surveys and questionnaires that researchers studying chronotypes use.

These include the Munich ChronoType Questionnaire (MCTQ) and the 19-question Automated Morningness-Eveningness Questionnaire (AutoMEQ), both of which have been valuable tools for researchers to deepen their chronotype knowledge by gathering information over wide population groups. Dr. Breus also offers a chronotype identifying quiz.

Why Does it Matter? 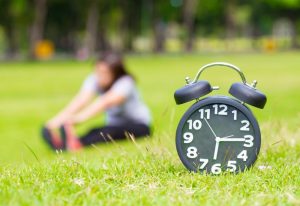 Good sleep is an intrinsic part of good health; physical, mental and cognitive. Wolves forced to live like lions and bears forced to live like wolves can lead to sleep disruption. Disrupted, poor quality and insufficient sleep can have serious impacts on health, increasing the risk of numerous diseases, including cardiovascular diseases, diabetes and some cancers. It can also contribute to a higher risk of mental health problems and cognitive decline.

Finding out your chronotype and peak productivity times can help you to better manage your time and tasks, allowing you distribute your tasks in a more productive manner, scheduling the most challenging for when you are at your best and leaving those that are less demanding for when your energy and focus is less than peak.

Work With Your Unique Rhythm

Try to match your professional and personal life to your chronotype, as best as you can. Familiarize yourself with your peak productivity times and use that knowledge to organize the tasks of the day, enabling you to get the most out of those time periods. Work with your natural rhythm to ensure that you are getting the right amount and best quality sleep you can each day to support your health in the short-term and over the long-term.