When is the Best Time to Go to Sleep?

Keeping a healthy sleep-wake cycle is essential to our well-being. However, it can be difficult to figure out exactly what this means for your own circadian rhythm. We all know that getting eight hours of sleep is ideal, but there is less-common knowledge about ideal bedtimes and other important details. New research on the best time to go to sleep offers advice for people who want to make the lifestyle changes they need for optimal health. 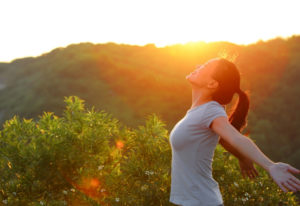 Keeping a healthy lifestyle is the best strategy in both lifelong health and in feeling your best every day. While there is a great deal of emphasis placed on healthy eating and sleep habits, we place less importance on sleep. This comes at a huge detriment to public health. As countless studies show, keeping a healthy circadian rhythm can have just as great an impact on your well-being as any other lifestyle factor.

Despite the importance of keeping a steady circadian rhythm, modern life can be a challenge. We live in a world with unprecedented 24-hour demands. When we can finally close our computers after a long workday, we have smartphones and other devices offering social opportunities.

Our environment, including our bedrooms, is bathed with light pollution that can make it difficult to sleep. Although these factors can create hurdles in maintaining a healthy lifestyle, it is more important than ever to keep our internal clocks on track.

Exactly when should you go to sleep and wake up? The exact answer depends on several factors, including your natural sleep-wake rhythm. Although every person has a unique internal clock, most of us fall into “chronotypes” that describe our natural rhythms.

Chronotypes and Your Internal Clock

Although each of us has a unique cycle, most of us fall into one of two basic types. Traditionally, research breaks it down into the categories of morning lark and night owl, representing people who naturally go to sleep and wake early from those who prefer a later bedtime schedule and naturally awaken later.

Several studies have found that people who have natural rhythms that are not in alignment with the outside world are at greater risk for a variety of diseases and other health issues. Night owls are at higher risk of a variety of chronic illnesses and are ten percent more likely to die early compared to morning larks. This is due to the fact that the inherent conflict between their natural sleep-wake cycle and the schedule of the outside world creates a state of perpetual jet lag for this chronotype.

Although this two-chronotype framework is easy to understand, it may be oversimplifying a more complicated issue. Some modern sleep researchers now divide chronotypes into four main groups, including:

The Final Word on the Best Time to Go to Sleep 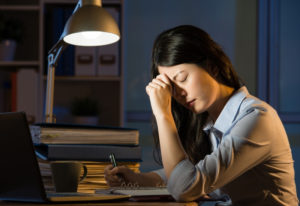 Although there is variety in our ideal sleep-wake cycles, there are generalities that apply to most of us. Whether you identify as a night owl or a wolf chronotype, the fact remains that you are at higher risk in a world that does not support your natural schedule. Even if you are able to keep a schedule that matches your chronotype, there is evidence that going to sleep and waking later are inherently bad for your health.

In addition, waking earlier appears to be important for your mood and productivity. People who go to sleep and awaken earlier are at lower risk of depression and other mood disorders. In fact, studies suggest that getting up earlier appears to be effective in improving a person’s mood — even if you are a night owl or other late chronotype.

Ultimately, studies show that we are healthiest when we go to sleep between 8 p.m. and midnight, waking roughly seven to nine hours later. Even more importantly, it is crucial to keep a stable schedule, going to sleep and waking at roughly the same time every day, even on the weekend. While the best times to go to sleep will vary with your natural circadian rhythm and the demands of your daily life, the early bird really does get the worm regardless of your chronotype.