There was a time when most people arose naturally with the dawn. Now, however, it’s common to use some sort of noisy device as a morning alarm to help us wake up on time.

There are a variety of different alarms available, from simple chimes on our phones to old-fashioned clock radios to new alarms that beam light to mimic sun shining on our sleepy faces. A new study suggests that the simple choice of which morning alarm to use may have an effect on how we feel and how we perform throughout the day. 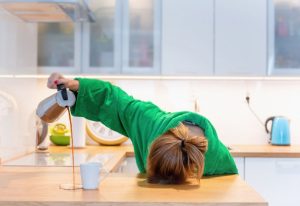 Many of us are familiar with that groggy, confused feeling often encountered immediately after waking up. When this happens, you may have trouble thinking, difficulty putting sentences together and even find it a challenge to go through your morning routine. For most, this phenomenon, known as sleep inertia, is limited to just a few minutes after waking in the morning.

Usually, sleep inertia begins to resolve within 15-30 minutes. After just two hours, our bodies and brains should be running at full speed without any sign of early morning grogginess. For some people, however, sleep inertia can be a morning-long or even day-long ordeal.

Those who struggle with prolonged sleep inertia may notice a variety of effects on their lives, including difficulty getting to work or school on time, lower cognitive function and even a higher accident rate.

Sleep inertia appears to be caused by the persistence of brain waves seen in sleep long after we wake. However, we do not know why some people are more prone to suffering from this condition hours after they wake.

Fortunately, simple lifestyle changes appear to make a big difference. According to a new study, the type of alarm clock that you choose may be one of the determining factors in whether you suffer from this disorder on any given morning.

Can Your Morning Alarm Change Your Life?

To find more about the causes of sleep inertia, researchers took a group of participants and asked them about their sleep and waking habits as well as how they felt throughout the day.

Incorporating Light Into Your Morning Alarm

There are many options when it comes to morning alarms, each offering a slightly different experience with its own benefits. Although many people assume that annoying noises make the best alarms, this new study suggests just the opposite. Waking with pleasant and melodic noise may actually be the best choice for people who need to awaken quickly and spring right into action.

In addition to choosing the right type of noise, having an alarm clock with lights also appears to make a difference in how you feel in the morning. Being exposed to light similar in quality and strength to natural outdoor light as you are waking up helps you to wake up more easily and to feel refreshed throughout the day. There are many options in light alarm clocks for people who need this extra boost in the early morning.

If you are struggling with other health conditions, these devices can also serve as therapy lamps. Many people with seasonal affective disorder (SAD), jet lag, circadian rhythm issues and other health problems can benefit from light therapy. Getting that light therapy as you are waking up may address your health disorder while also setting you up for a more alert and functional morning. 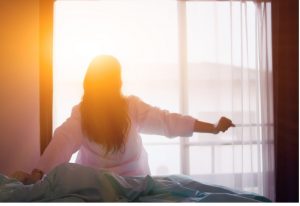 Humans did not evolve to awaken when an artificial device makes a ruckus. Most morning sounds in nature are soft and pleasant, which may be why research participants felt better when they woke to music and other melodic noises. Adding an element of light may also help us to wake up more alert and ready to take on the day.

Many people function just fine with the old fashioned beeping alarm clocks. However, if you find that you are struggling with grogginess and other symptoms in the morning, changing your alarm setting and adding some natural light may be the answer. New discoveries in chronobiology can help us to sleep better and to awaken more refreshed.