Cancer is one of the second leading causes of death. Even if the chances of cure have improved, the time of detection, the quality of treatment and the type of tumor are crucial when it comes to containing the disease and improving the chances of survival. Science continues to advance in this area, with researchers finding out more about the causes of this deadly disease and looking for ways to make cancer Therapies more effective.

Recent advances in analyzing data at the single-cell level have helped biologists uncover new information about cells and their behavior. A commonly used approach, known as clustering, allows scientists to classify cells based on characteristics such as the unique patterns of more active or inactive genes or the progeny of duplicating cells, called clones, over several generations.

Although single-cell clusters have led to many important insights, such as new subsets of cancer cells or how immature stem cells mature into ‘specialized’ cells, researchers have not been able to extend their knowledge of gene activation patterns up to this point unite with what they knew about clone lines.

Now, research published in Cell Genomics has led to the development of ClonoCluster, an open-source tool that combines unique patterns of gene activation with clonal information. This creates hybrid cluster data that can quickly identify new cell characteristics; which can then be used to better understand resistance to some cancer therapies.

Improving the scientific understanding of how cells behave and differentiate could improve knowledge of cell cloning. It could also provide insight into what goes wrong when duplication is widespread, as in the case of cancer and certain diseases related to genetic mutations characterized by an over-representation of cloned cells in a given cell population.

It is well known that the gut is the key to good health. However, there is also strong evidence that the gut microbiome can have a positive impact on cancer therapies. The gut microbiota also plays an important role in immunotherapy. Immune checkpoint inhibitors and immune checkpoint blockades are novel strategies for treating cancer, but responses to these treatments vary significantly between people and cancer types. 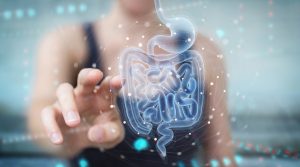 Several studies have found differences in the types of bacteria found in stool samples from responders and non-responders, suggesting that different microbiome compositions may affect clinical response. Other studies suggest that diet and probiotics, as well as antibiotics and bacteriophages, can affect the composition of the gut microbiome and thus the response to immunotherapy.

A study by Ludwig Cancer Research identified a novel mechanism by which cells enter a quiescent state when oxygen-poor tissue becomes increasingly acidic. The study could have significant implications for cancer therapy: Large swaths of solid tumors are often starved of oxygen, and cells in such patches are believed to be a major source of drug resistance and disease recurrence.

The study, published in the journal Cell, describes how cells in response to hyperacidity turn off a critical molecular switch called mTORC1, which under normal conditions measures nutrient availability before giving cells the green light to grow and divide. Dang and his colleagues show that this event shuts down the cell’s protein production, disrupts its metabolic activity and circadian clocks, and puts it into a quiescent state. They also show that this acid-mediated effect can be reversed relatively easily – a finding that could help improve a variety of cancer therapies.

The researchers show that under acidic conditions, protein motors propel lysosomes, which transport mTOR, out of the area around the nucleus, where they normally reside. This separates mTOR from a protein required for its activation, RHEB, which is still hanging around at that point. Without one of its key activation signals, mTOR remains dormant, suspending the synthesis of proteins—including the components of the cell’s molecular clock—along with most metabolic activities.

The scientists discovered that baking soda can reverse this effect. Surprisingly, when given to mice in their drinking water, it was sufficient to neutralize the acidity of hypoxic spots in tumors. This sent lysosomes back to the nuclear periphery in cells — where RHEB waited — and restored mTOR activity. The discovery that something as simple as baking soda could potentially help reverse this effect and make dormant cancer cells susceptible to cancer therapies is very amazing.

Immunotherapy and Virotherapy to Fight Cancer

Despite the impressive power of the immune system to fight disease, cancer is difficult to destroy. Even if our immune system tries to rid the body of malignant cells, its efforts are often thwarted when the disease progresses unchecked. New research shows how a combination of immunotherapy and myxomavirus virotherapy is bringing new hope to patients with treatment-resistant cancer. Oncolytic viruses could represent an exciting new avenue for cancer therapy. These viruses have the ability to kill cancer cells while leaving healthy cells unharmed. In addition, they promote the ability of the immune system to recognize and eliminate cancer cells. 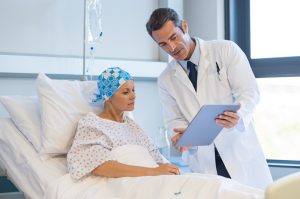 The new study highlights the ability of immunotherapy, when coupled with virotherapy, to break through the wall of cancer resistance, particularly using myxoma-equipped T cells. The myxoma can target and kill cancer cells directly, but more usefully, it can induce an unusual form of T cell-driven cell death known as autosis. This form of cell death amplifies two other forms of programmed cancer cell death induced by T cells, known as apoptosis and pyroptosis develop experimental techniques that belong to a category known as adoptive cell therapy, or ACT.

Researchers hope to help the immune system to overcome cancer’s notorious camouflage tactics by developing new experimental techniques that belong to a category known as adoptive cell therapy, or ACT. Such methods often involve removing a collection of cancer-fighting white blood cells known as T cells, modifying their search-and-destruction capacities, and reinjecting them into the patient.