Our bodies have evolved to share quite a complex relationship with the cycles of the sun and moon, and as our lifestyles continue to move us ever more indoors, researchers are really having to unpack just how many ways sun exposure affects us.

We’ve known for some time that sunlight, especially a lack of it, has significant impacts on our mental health. For instance, it’s been well documented that not getting enough daylight results in lower levels of serotonin, vitamin D and melatonin, all of which are linked to depression and cognitive impairment. So, is it possible that a lack of sunlight could also contribute to other mental disorders? That is exactly what scientists from Binghamton University sought to find out while investigating the relationship between OCD and geographic location. According to the newly published study, where a person lives influences the severity of their OCD symptoms.

“The results of this project are exciting because they provide additional evidence for a new way of thinking about OCD. Specifically, they show that living in areas with more sunlight is related to lower rates of OCD,” said Meredith Coles, Ph.D., first author of the study and a professor of psychology at Binghamton University.

What is Obsessive-Compulsive Disorder? 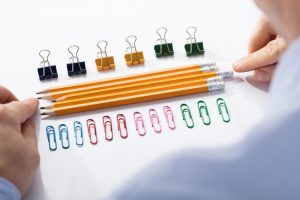 OCD is a rather commonly diagnosed anxiety disorder. According to the National Institute of Mental Health, approximately 1.2 percent, around 2.2 million, adult Americans deal with OCD, with the disorder’s prevalence slightly higher among women than in men in recent years. That means about one in every 40 adults in the United States are diagnosed with OCD. OCD can affect men, women and children of all ages, but the typical time of onset is early adulthood, around the age of 19. According to the World Health Organization, it is one of the major causes of illness-related disability globally.

Individuals diagnosed with OCD are plagued by recurring thought patterns and often the development of repetitive behaviors that are difficult or impossible to suppress. These cyclic thoughts and habitual impulses commandeer large amounts time, greatly hamper normal day-to-day functioning and are highly disruptive to their lives.

There are divided opinions among experts as to what are the underlying causes of OCD, but it is widely believed to be a result of a combination of behavioral, cognitive, genetic, environmental and neurobiological factors that trigger it in a person at a particular time.

A Misaligned Body Clock? Being Out of Sync with Daylight Worsens OCD Symptoms

Many people with OCD experience difficulty falling asleep at night and will oftentimes sleep in much later in an attempt to recoup the lost sleep. However, the shift of their sleep-wake cycle steals away their exposure to daylight hours and can actually lead to worse symptoms.

Dr. Coles explained, “this delayed sleep-wake pattern may reduce exposure to morning light, thereby potentially contributing to a misalignment between our internal biology and the external light-dark cycle.” She added, “people who live in areas with less sunlight may have less opportunities to synchronize their circadian clock, leading to increased OCD symptoms.”

The researchers gathered their results from looking through past studies on the rates of OCD in countries around the globe and comparing them to the country’s distance from the equator. The misalignment effect that occurs is much more prevalent the higher the latitude, areas farther away from the center of the globe, which receives less sun exposure overall. These findings suggest that people who live in these northern regions are at an increased risk of developing OCD and of experiencing a deterioration of symptoms. 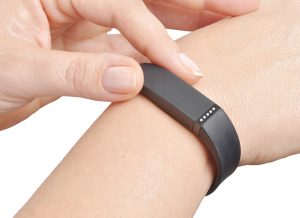 While still too soon to begin implementation of any specific treatments using this data, the researchers are currently planning a series of future studies that will continue examining the relationship between sleep timing and OCD.

According to Dr. Coles, “first, we are looking at relations between sleep timing and OCD symptoms repeatedly over time in order to begin to think about causal relationships. Second, we are measuring circadian rhythms directly by measuring levels of melatonin and having people wear watches that track their activity and rest periods. Finally, we are conducting research to better understand how sleep timing and OCD are related.”

The researchers are also interested in continued investigations exploring morning sunlight and whether increased exposure would help those with OCD. Their research could aid in the development of new treatment methods for OCD that would take into consideration such circadian cycle disruptions. The team’s findings have been published in the July 2018 issue of the Journal of Obsessive-Compulsive and Related Disorders.